I could put 2 Ls motors under that hood. Now I can set the engine and trans in the Supra and work on mounts. All I need is shop space

Nice! Keep up the good work!

The Supra is gonna sit for a while now. Im slowly plugging away at the Impala. Maybe I can get that thing out of the barn and sold next summer. >> Ive been saying that for about 10 years now. I want to start taking care of some things on the plow truck soon. "Winters Coming" And im hoping to buy another dd soon as ive been without my Z26 for about a year. I put $1200 winter tires under my tahoe and I hate having to daily it on rainy days and all winter long.

Impala update!
Ya I didn't get much done on the Impala this year. But progress is progress. Grill is painted and installed. Running out of chrome to hang so thats good. The fastener/ hardware venders at swap meets have been a life saver especially as there can be 6 variants of the same clip and I don't know the damn difference. 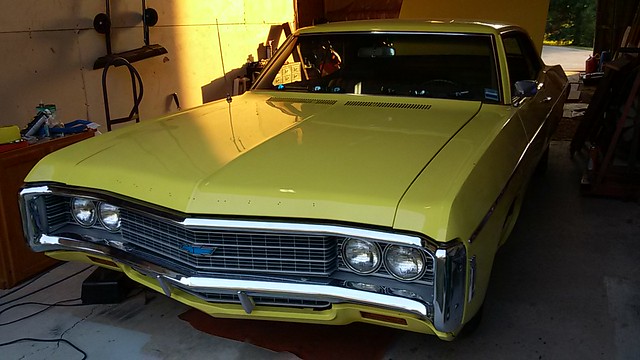 Supra Update!!!
The Supras gettin a grey interior conversion for Xmas. A guy off Clist had been parting out Mk3s for 12 years. I should have every piece now including a nice dash, steering wheel, seats, door panels, head liner, carpet stay, power drivers seat track, 2 clusters, front bumper, JDM rear filler panel, and the 3 piece turbo wing <<about 2-3 bills on ebay 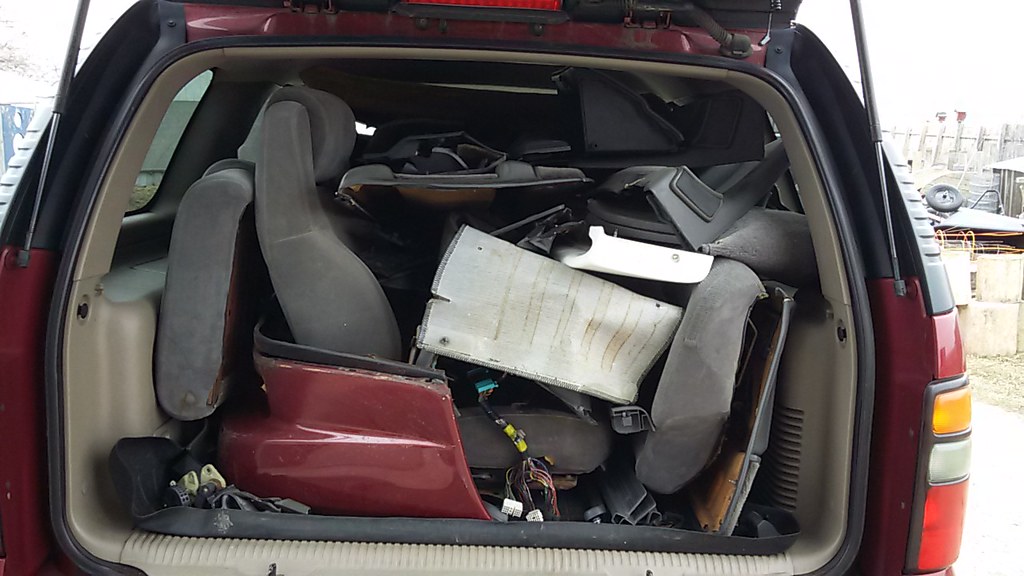 Also I finally got the plow truck done. New exhaust manifold 3 ear flanges and studs, gaskets. Found bad ball joints on the front steering bar and snapped the brake bleeders off both front calipers. New calipers were cheep though.
I bought myself a new dd too.
15' IS350 Fsport Nebula grey on black Rwd with the 8-speed from the ISF 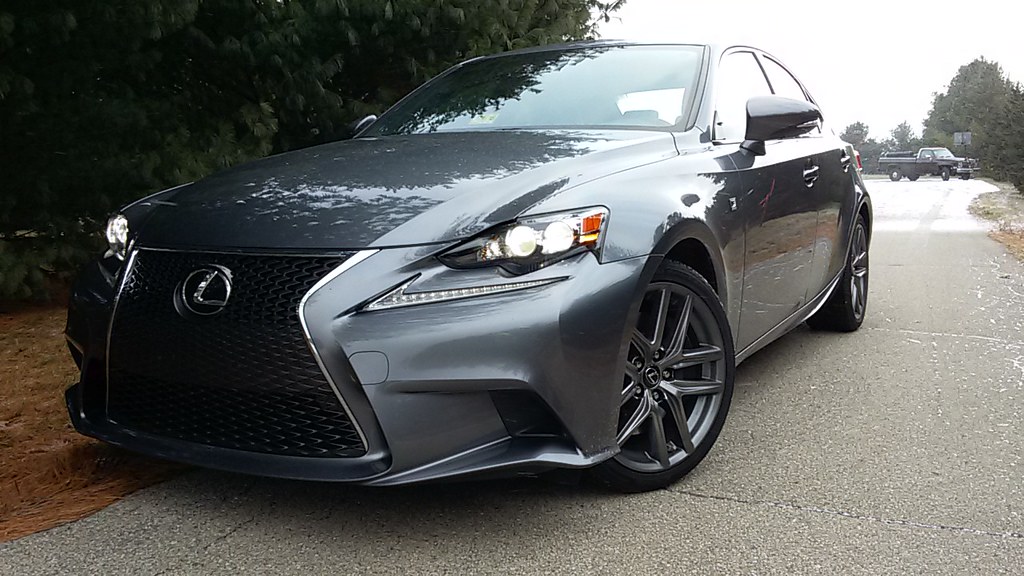 20171223_092618 by GodlikeMotorsports, on Flickr
It was hard to find this combo. I was doing nationwide searches weekly for most of this year. found it in Virginia
I can remember staring at one of these at the Chicago auto show for like 15min when they first came out. I can't get over the body lines on this car.
Last edited by Godlike on Sat Apr 14, 2018 5:18 pm, edited 4 times in total.

Nice I always like the lexis cars even though most new cars are getting more difficult to work on but they sure look sweet.

We going to see u this year at bfest? ?

Did you guys find a new house / shop yet?

Ya I only live about an hour away from ground zero so ill be there in some form.

Did you guys find a new house / shop yet?

We did. We are just east of Madison now. We have a barn, and its full already. I don't like the barn. Im gonna have to put together a real plan to build a shop some day.

Lots of irons in the fire, looks familiar! I'm sure that Lexus would be fun at the track day at Bfest.

Its been a good car so far - previous owner killed the front brakes in 20k though. I installed a set of Power Stop complete brake kit up front - and it stops really nice and no longer has that terrible brake dust that the Toyota pads through out.

Her car also just ate an 02 sensor at 40k miles - so that might be something to look out for.

Like Eric said - we all have wayyyy too many projects.

I supercharged my SS sedan this year - and now I'm pulling the transaxle out of the Corvette - fun times!

This would be fun at the track day. It would be nice to see how it does at speed and really learn the car.
I really like the handling and ride quality.

Ya they put new Bosch pads and front rotors on this before it went on the lot. Super sharp brakes!
The AWD I test drove surprised me. You don't loose much over all in the quarter or in milage but all the critics say the RWD is the only way to go. In Sport+ and manual shift mode it will hold the gear and let you smack the limiter.

Im hoping to start dragging the Impala to swap meets this spring. 2 summers ago I put new shocks and springs in it and replaced the front wheel cylinders and upper ball joints. Last year the trans started slipping but I ended up draining snot out of the trans, replacing the cooler lines and pressure testing the radiator circuit. Seems good now with new fluid and filter. God Im sick of that car. I need it gone. Ive been saying that for 10yrs? 15yrs? Whatever… its going away this year. I need to get the Supra in the shop. Thats right I haven't started either swap yet. Mark Burdick is probably thinking “this is the crappiest ls swap thread ever” Shut up Mark. Anyways my shop has seen some big improvements. I graded the unfinished part of the floor with a farmer I work with (and his skid loader) and poured cement with another guy from work who does flatwork on the side. It ended up being about $3500 for 1500sqft. And then I bought a lift! I had to pick up a little chain fall hoist so I could tip it up by my self. Its lonely up here in Sun Prairie, Lol. We moved away from any friends that lived really close by. 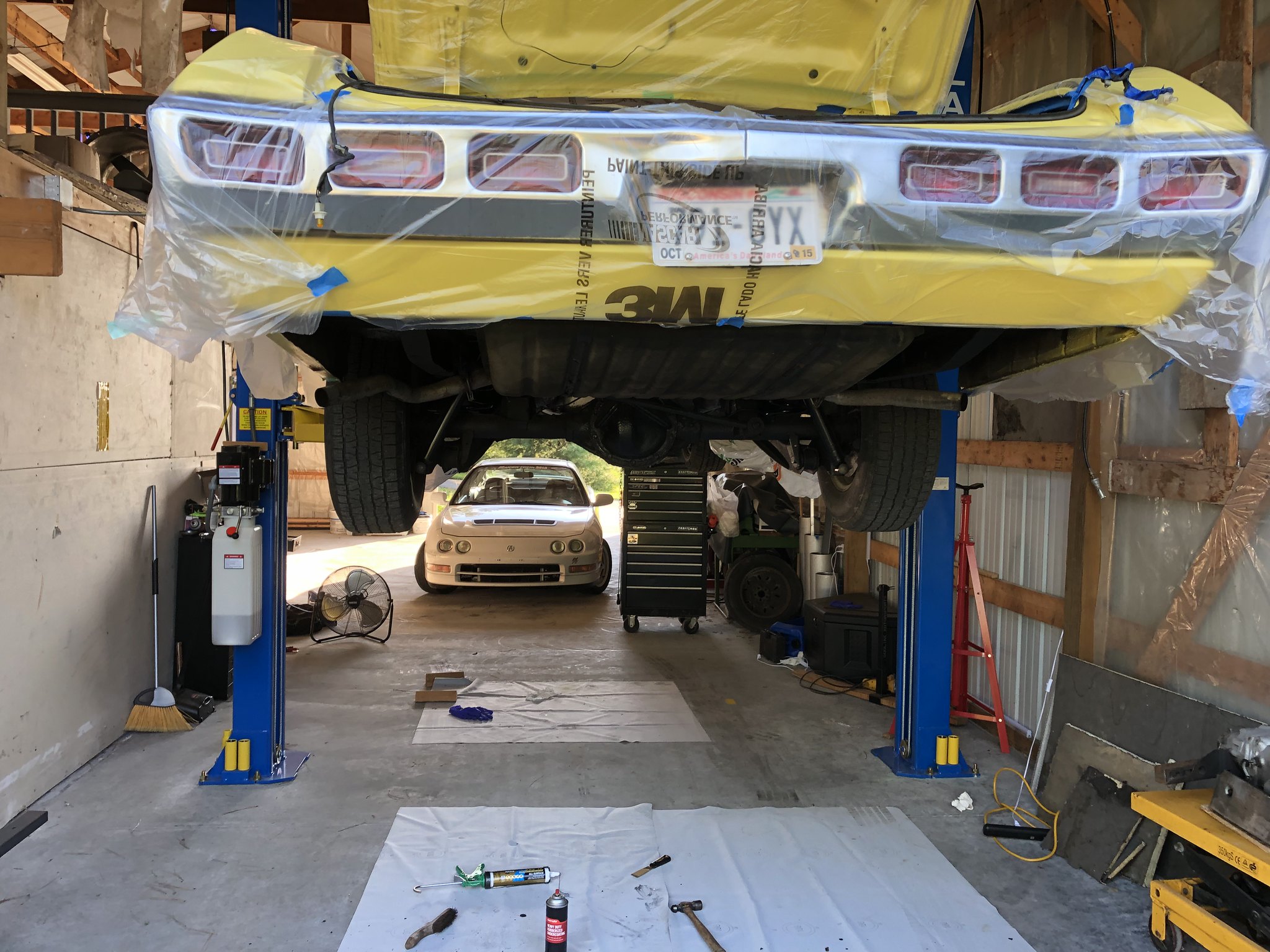 Untitled by GodlikeMotorsports, on Flickr
^Impala trunk getting sprayed with period correct teal & white spatter^
The first job for the new lift was to drop the trans on my GSR so I could ship it to Synchrotech for a rebuild with carbon synchros and to put an M-Factory LSD in. Its got around 190k on it now. Ill have to make a new thread for that car.
The Supra is still right where I left it. I picked up another 3pc turbo wing (black this time so I can just slap it on), and a complete 89 up rear tail light setup.
The Bonneville is still running somehow with little to no oil pressure. Took it to an autocross last year with dry rotted tires.
https://youtu.be/Nba4ghMc_dE
It put on a show. And I picked up a 4L80E for it from Cackparts last summer.
Im really hoping to drag the Supra into the shop this summer to get started on it. The rear wheels will be locked up again so the first thing will be to go through the brakes.
But this will be another busy summer. Aside form doing the swap meet scene and car shows with the Impala, I want to get to Automotion in the Dells again and plan on running the last leg of the power tour with the GTZ. Im also building a trailer for no reason and a gokart right now and I got some work to do on the GSR before the autocross season starts. It needs tires and new intake and exhaust. Were gonna spice it up! Then theres work and sleep and spending time with Mary and the kids (theres 2 now) and planting trees in our field. After that its all free time.

Godlike wrote:And then I bought a lift! I had to pick up a little chain fall hoist so I could tip it up by my self. Its lonely up here in Sun Prairie, Lol. We moved away from any friends that lived really close by.

But this will be another busy summer. Aside form doing the swap meet scene and car shows with the Impala, I want to get to Automotion in the Dells again and plan on running the last leg of the power tour with the GTZ. Im also building a trailer for no reason and a gokart right now and I got some work to do on the GSR before the autocross season starts. It needs tires and new intake and exhaust. Were gonna spice it up! Then theres work and sleep and spending time with Mary and the kids (theres 2 now) and planting trees in our field. After that its all free time.

LS Swap thread or not, this is very 'uplifting'.

-Sorry. I got one too. I have also been having to set mine up by myself (almost done!). Yours looks like a Rotary? Bend Pak went away from the blue and yellow, I don't know anyone else that used that scheme... Rotary is really good, if that is what you have, excellent reputation. I went with a four-poster, I don't have a thick enough pad for a two-post pogo and never felt as comfortable under them either, but the ROOM you have to work on the car is just incredible! Accessibility everywhere.

Your life sounds busy, I can relate. I can appreciate how hard it is to find time for personal projects, and how quickly time just slips by and suddenly 'it has been two years since...' But, it looks like you are keeping up on a lot of the important things, and yes, you should definitely start another thread too! We need more traffic around here, especially when the subjects are cool.

I would love to see more of your shop too, mostly because I am also working on upgrading and updating my shop.

It’s actually an Atlas. Standard hydro ram twin post with asymmetric arms I ordered through Greg Smith. I spent a little more this time to avoid some of the things I didn’t like about the lift at our old place. Like the drive over plate it had for the under head cables. Quality is not bad. All of the smaller less important fasteners are made of chinesium though. Non rated, cheap looking etc.
I do have some other threads I want to start. I wanted to do a shop thread for a while now! Ive had good intentions on trying to be more active on Bnet. Life just keeps getting in the way.